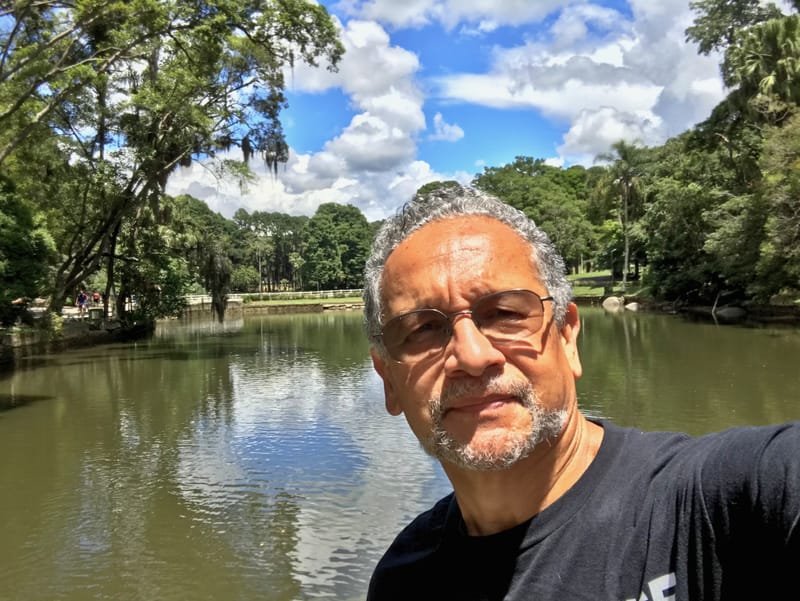 Carlos Parada-Ayala is the author of the poetry book, La luz de la tormenta / The Light of the Storm and has received the Larry Neal Prize for Poetry in Washington, DC. He is co-editor of the bilingual anthology Knocking on the Doors of the White House: Latina and Latino Poets in Washington, DC (Zozobra Publishing, Maryland, 2017).

With the Spanish version of this anthology, Al pié de la Casa Blanca: Poetas Hispanos en Washington, DC (North American Academy of the Spanish Language 2010), the Library of Congress celebrated four hundred years of poetry written in Spanish in the United States. Parada-Ayala received the "Independence 2013" award from the Embassy of El Salvador in Washington, DC & "for his outstanding career and contribution to national letters, as well as for his solidarity with his fellow nationals."

He has participated in the international meeting of poets "El turno del ofendido" in El Salvador, the Festival of New Poetry and the Latin American Poetry Festival in New York City, and in The

Poetry Marathon of the Teatro de la Luna in Washington, DC. His poetry has appeared in international anthologies and magazines and is part of The Poet and the Poem series at the Library of Congress.

Parada-Ayala has a BA in Spanish, Latin American and Brazilian literature and an MA in Education. He is a Spanish Language Arts teacher and was co-founder of the cultural and literary group ParaEsoLaPalabra. He was a member of the literary collective Alta hora de la  noche and is currently a member of the poetry group Ablucionistas, based in Mexico.

Zozobra Publishing states that Parada-Ayala's The Light of the Storm is a “clamor in verse about humanity’s current struggles. His writing about the complexities of our lives is explicitly inspired by the best poetry of the America’s while also creating a new voice characterized by intensity and beauty."