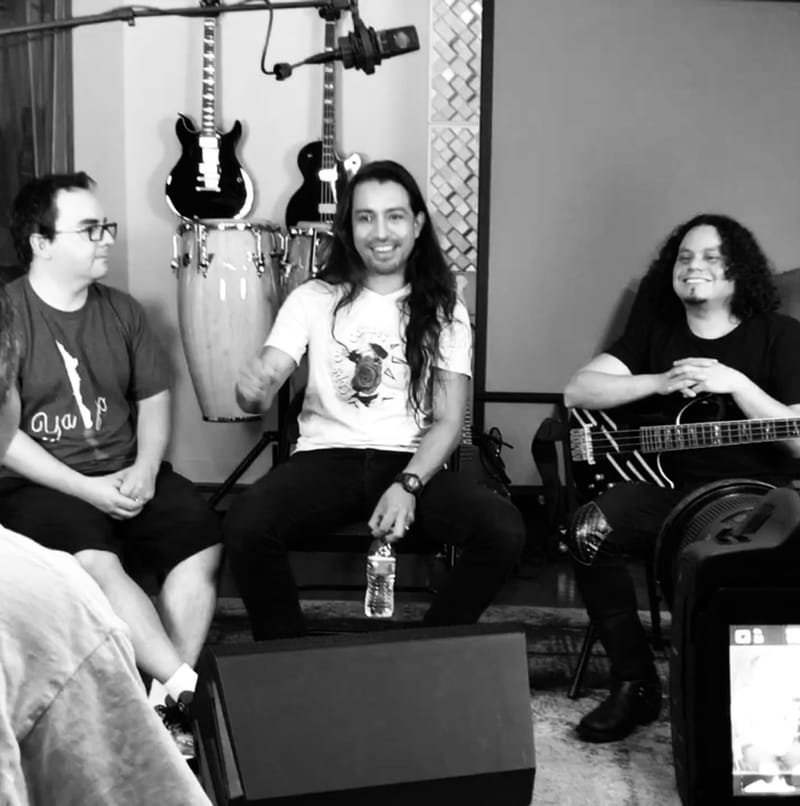 ma-che-tres is slang term for a machete tied to G3 rifle used by uprising Central American indigenous communities during the 1980s civil wars. In 1998 the band's first self titled release Machetres 7” record was produced by Guy Picciotto in a split release by Dischord / Brickthrower Records. Since then, the band has played throughout the United States and El Salvador.

Their first show was with Fugazi at the Wilson Center in Washington, DC, 1997. In 2003 Machetres released “Do” as part of a compilation CD on Dischord Records. In April 2004 the band released their first full length self-titled album; released on Venceremos Records and recorded by Don Zientara at Inner Ear Studios. In 2012 they returned to Inner Ear to record another 7" with Zientara, released March 2013.

Machetres have shared the stage with the likes of Fugazi, Café Tacuba, Molotov, and El Vez. They have been invited to perform at The Smithsonian, "Operation Ceasefire" at the National Mall, GALA Hispanic Theatre and were featured by MHz Spotlight (MHz Networks).

Equally committed to the support of the DC punk scene, grassroots organization, social justice and Latino youth, they are well known to perform benefit concerts throughout the community.